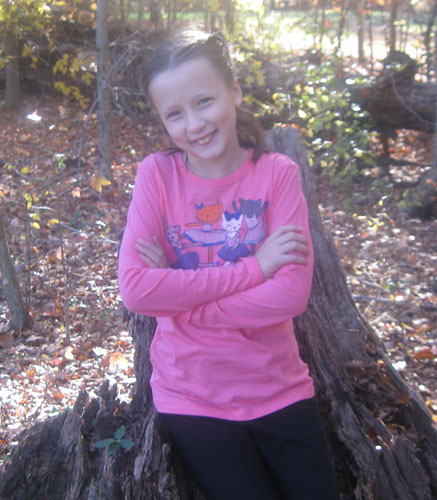 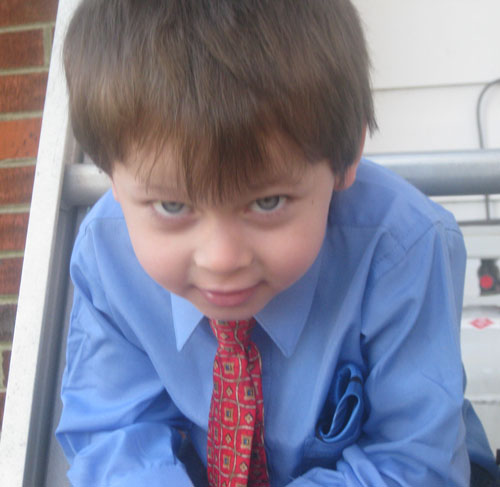 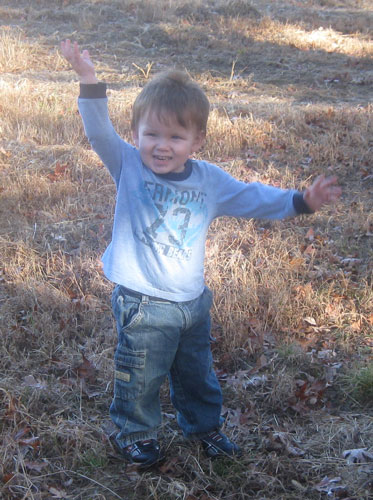 This morning I got up at 7. Everyone else was still asleep. By 8:30 my mom and Adrian were up. By 9 I decided it was time everyone else got up.

I am just blown away by all that came in the Calvert Kindergarten box. Many of the things are the same as they were back in 2004, but there is just so much more now! He even gets his own access to Brain Pop Junior. We love those videos and games.

Manuals: Teacher Aids (including the sliders I loved so much the first time we used Calvert K), Computer Skills and Applications Manual, Lesson Manual Parts A and B, Math Manual 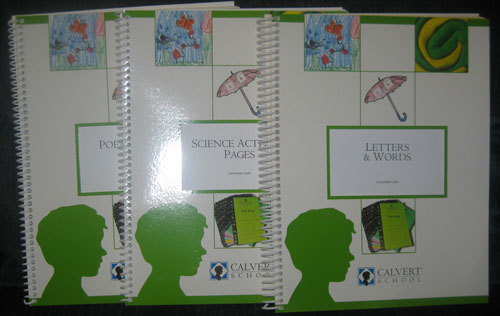 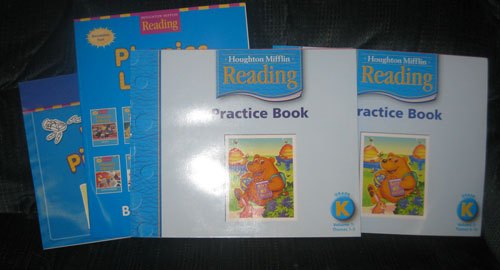 But then it was a mess getting it to us. Calvert was fast as usual. I ordered kindergarten Tuesday afternoon, they entered it into the system Wednesday, and shipped the box Thursday. Since Calvert is only a couple hours away delivery was set for Friday. But, as usual, FedEx screwed up (4th time in 10 months… out of 6 deliveries).

They left the package up there instead of bringing it on the truck down here. And then when it got to the local depot Saturday morning they put it on a truck and revised the delivery date to Monday. They were going to let it just sit on the truck all weekend. I was not okay with that especially since it was already a day later than they initially said it would be delivered.

Jamie went to the FedEx place and they went and got it off the truck and handed it to him across the counter. They claimed it would have been delivered today, not Monday like the website tracking thingy said. I don’t believe them since I have found it is very common for FedEx employees to lie when they make mistakes and the delivery trucks for the day had already left by the time Ian got there. So Ian got to play box man and brought home Fritz’s box.

After that initial glitch of actually getting the box into our house, Fritz’s kindergarten box day was fabulous! He was so incredibly excited.

He was so happy to help me go through everything. I was excited to see a lot of the things that we got in Ani’s kindergarten box back in 2004 (it’s been revised and expanded since then so there is so incredibly much more to Calvert Kindergarten now). 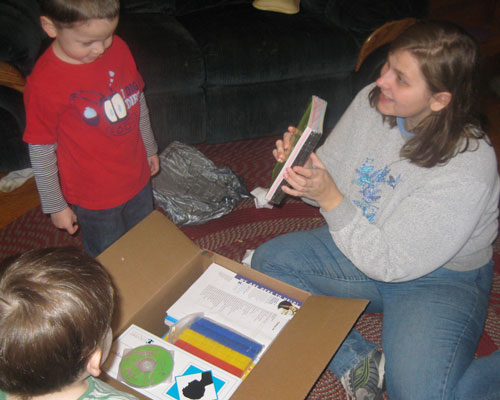 Adrian was pretty excited about Fritz’s box, too. He’s still not quite sure why his siblings get these box days and he doesn’t yet. 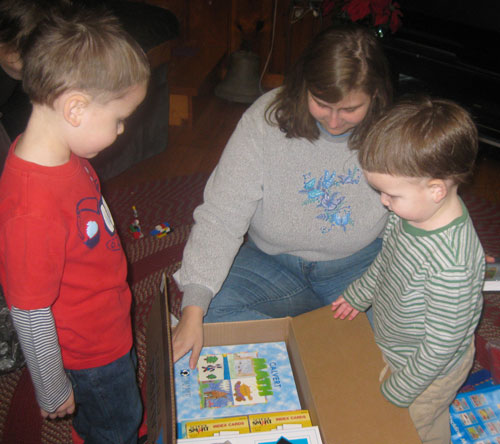 There is seriously a lot of awesome stuff in Calvert Kindergarten. I can’t wait to get started with it in January!

While we were on vacation our guinea pig Apollo died. We were very sad, but not surprised. He had never been super healthy and then a friend injured him trying to pick him up and he was really never the same after that. Fritz said that he must have died because he was lonely and he cried and cried until he died.

Our original plan was to get a pair of guinea pigs to replace him. But then we started thinking about getting a different type of animal. We still wanted a small animal. Jamie’s allergic to cats and we didn’t want a dog. I checked at the Humane Society and they had a little guy that we absolutely fell in love with: Waldo!

We brought our ferret home Friday night and we have been absolutely thrilled with him. He’s a lot of fun to play with. He loves going for walks around the house on his leash. We haven’t gotten brave enough quite yet to let him run free around the house. We’re all already totally in love with our Waldo. 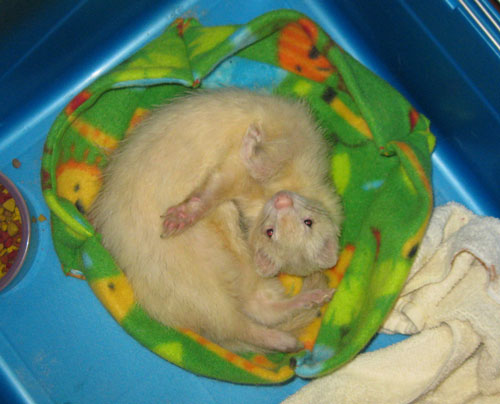 Fritz has never been super interested in Starfall, but recently Adrian sure has! Sometimes they play together. 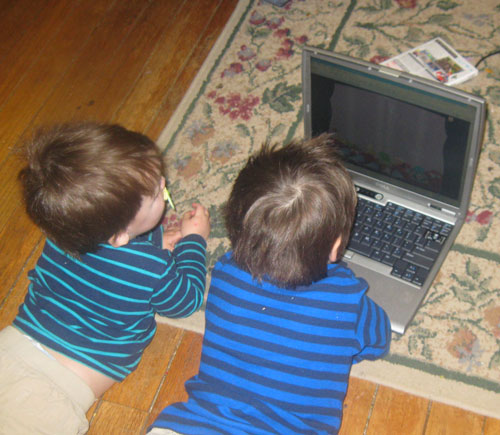 Usually, though, Adrian plays by himself. He calls it “Playing my letters.”

His big sister is always willing to help him get Starfall up on our old laptop. To show his appreciation one time, Adrian leaned over and gave Ani a kiss on the cheek.

I’m amazed at how easily he manages the touchpad and buttons. He even manages to do the face thingy after each book to tell them how he liked the story.

Cameron has had a few fun projects recently in Calvert 2. I really like how Calvert provides a few, but not too many, fun activities to reinforce what they are learning.

One day in science he learned about the layers of the Earth. He was instructed to use three colors of Play-Doh to show the crust, mantle, and core.

Then he cut it in half to show the layers inside. Unfortunately he used orange for the mantle and red for the core so it’s hard to see. 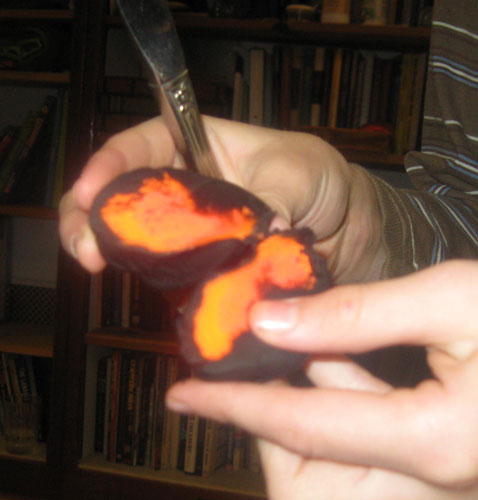 Another day, in social studies, he learned about relief maps. Again he used the Play-Doh to create a relief map of his fantasy island. Typical Cameron, he chose to make it very tiny. He likes to make and draw tiny things.

He learned about three-dimensional objects. His art assignment was to use trash to make a 3-D building. This is what he came up with.

Last Tuesday we went to WonderWorks in Pigeon Forge. It’s like a science center sort of place that is totally hands on and super fun. Once again, being homeschoolers with our Calvert School IDs came in handy. We called ahead of time and told them when we’d be coming and they gave us a super discount. Instead of paying $25.75 for me and Jamie and $14.50 for three of the four kids (Adrian’s free), we paid $10 for four of us and $14.50 for the fifth. Unfortunately the space section was closed when we were there. I guess that means we’ll just have to go back some day. It was a really neat place.

The outside of the building looks like it’s landed in it’s place upside-down. The hole you go through to go inside looks like a broken spot and there’s steam and groaning and creaking sounds as you go into the door.

The ceiling on the inside looks like the floor of a grand place. All through the place the ceiling looks like it was broken when the building landed on the ground.

The first thing you do is go through an inversion tunnel. It’s crazy. You are on a bridge thing that stays perfectly still, but the tube around you is spinning and has lights and it’s dark so you feel like you are moving. It’s hard to walk through without falling against the railing. 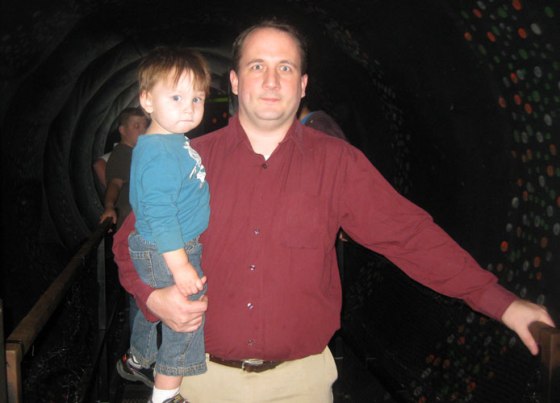 We got to experience what a 6.0 earthquake feels like in the Earthquake Cafe. 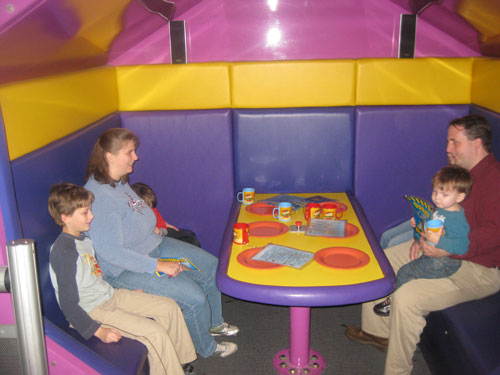 We got to experience the wind of a hurricane (actually it was only 65 mph so it was tropical storm strength).

We all got to pitch in a simulated baseball game. It told us how fast our pitches were (the big kids and I were in the high 20s and Jamie was in the 30s mph). No one managed to get a strike or hit.

We took turns laying on a bed of nails.

We played in the bubble area. Fritz was fascinated making giant bubbles.

Jamie managed to get a bubble around Ani.

The big kids got to go on a ride that flipped them all around as they watched a screen with a roller coaster ride displayed.

The art/optical illusion area was fascinating. My favorite part was these jumbled mess of metal looking things. When you turned on a light the shadow was a picture. Those were just amazing.

So that’s our vacation to Tennessee. We loved it down there. We’ll most definitely be going back some time.

One of the more memorable, though definitely not fun, things we did on vacation was go up and then down a mountain. We like to drive around and explore. Sometimes we find really neat things. I wouldn’t say the mountain we went up was especially neat, but it was memorable because we were all sure we were going to fall off the edge and die.

There were very, very few guardrails and most of them were crumbling or broken. The road itself was relatively well-maintained. The view was gorgeous. This is, it was gorgeous if I got up the courage to look. Going up wasn’t horrible. We were next to the up side of the mountain. Then we got to a sign that said the pavement was about to end. And, sure enough, it did. We went another mile or so on the dirt road and then turned around and went back down the mountain. That part was terrifying. The side of the road ended in by going straight down the side of the mountain. It was crazy.

Afterwards, we went to a little ice cream parlor and the lady said that when we reached the dirt road, we were in North Carolina. Both states agreed to make a paved road around this mountain. Tennessee held up their end of the bargain, North Carolina did not. If we had continued a couple more miles we would have gotten to a paved road and then on to I-40 a few miles later. 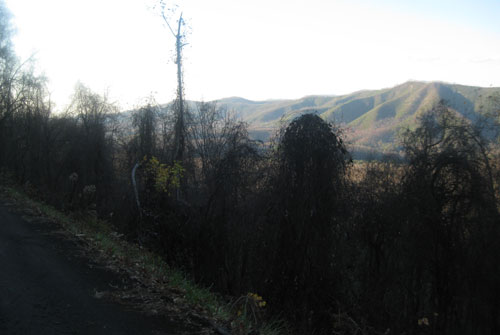 We went to the pool many times. The resort had a nice indoor pool that was 93 degrees so it was more like a giant bathtub than a pool. Ian took the big kids to it every day we were there except the day we arrived and the day we left. The little boys and I went with them two or three times. Jamie took Fritz along with the big kids one other time.

Fritz has always been very hesitant to go swimming. Because of his allergies, he always has a mild rash on his legs and the pool water hurts him. His allergies were so incredibly much better in Tennessee and so he was fine in the pool. He made some incredible strides at getting braver in the water. He especially liked moving along the edges holding on to the side. The couple times he slipped and fell under the water didn’t bother him at all.

On Thursday, we went to Smoky Mountain National Park. We collected lots of river rocks. 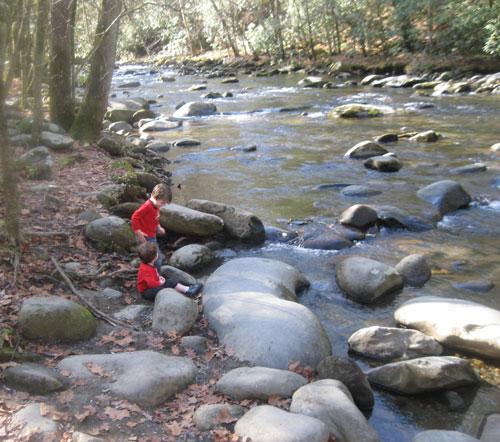 We saw some beautiful scenery. 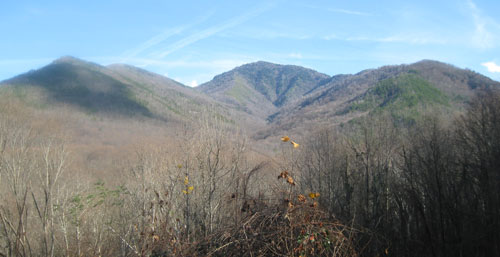 Adrian loved the tunnels we went through.

There were some small waterfalls scattered around. Jamie likes climbing all over the rocks. He makes me so nervous. 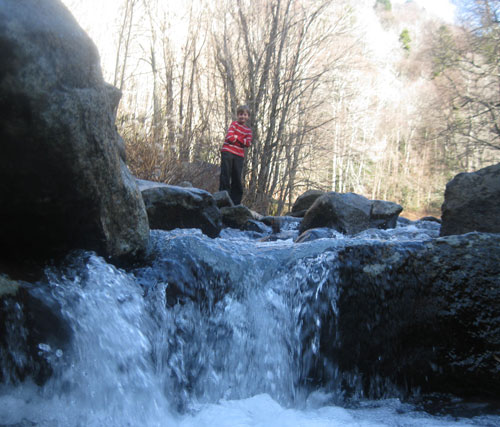 As we came out of the Park going toward Pigeon Forge it was really neat to see the crazy, bustling downtown Gatlinburg appear down in the valley.

One the way home we passed through the Blue Ridge. I just love the farmland with all the green grass and cows with the mountains in the distance behind them.