We’ve completed 7 weeks of this school year. Only two more and the first quarter will be done. Time is flying, but that’s mostly because we’ve been having lots of fun!

Four weeks ago we participated in our second taekwondo tournament. We were there pretty much all day this time. Adrian did an extreme weapons form using nunchucks to the Mario theme song. Because of his age, he doesn’t get actually scored yet, but instead got 12 thumbs up.

Fritz did an extreme weapons form using kamas to a Minecraft parody song. He also competed in sparring. He didn’t place in either category (but he did win his first bout of sparring!). His group/ring was huge and took an insanely long amount of time (they started over an hour before Cameron’s and finished about the same time as Cameron’s) and was very disorganized which was pretty disappointing and frustrating. Hopefully the next tournament in March will be better. 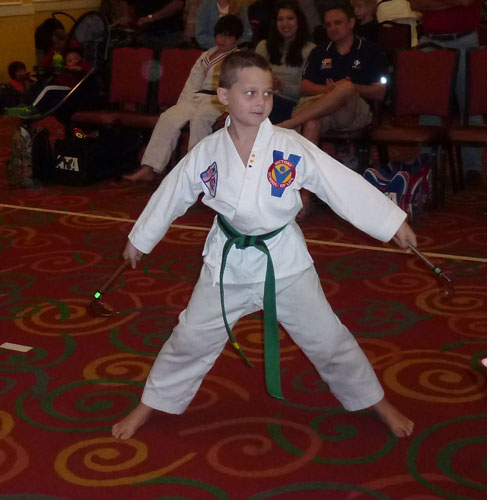 Cameron competed in four events. He didn’t place in traditional form, got first in traditional weapons and sparring, and second in extreme weapons (kamas). He was also on the demo team for our school. They came in fourth.

We do a lot of taekwondo. Someone in the family is usually there 5, sometimes 6, days a week, plus we practice at home. As they say, the family that kicks together sticks together!

Ani and Cameron participated in a special class with Seth Austin three weeks ago. He’s done martial arts dancing back-up for various artists on tour, been in Sideswipe (all martial arts act in Vegas), and does stunt man work (including on Agents of SHIELD), among other things. They were both so sore afterwards. They kicked a lot and worked on tumbling, too.

Both Ani and Cameron are also training to one day be junior instructors. 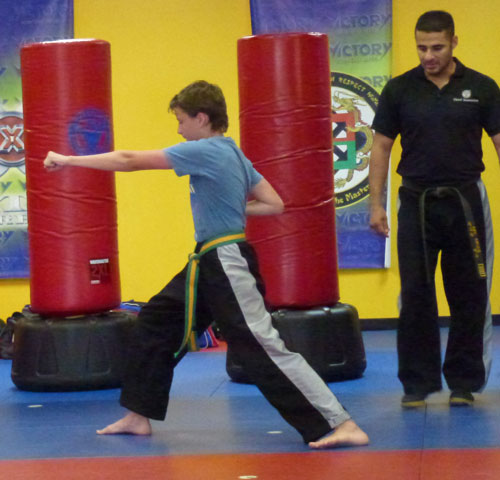 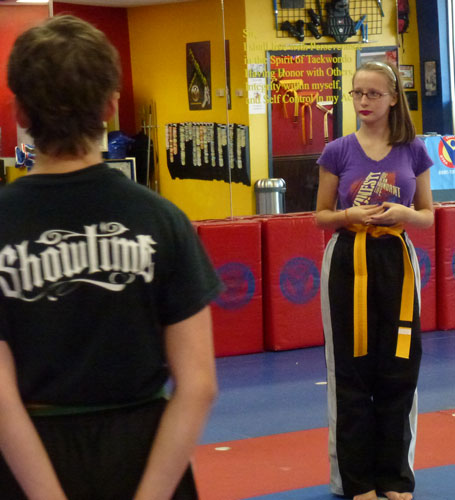 Not to be outdone by Cameron, I also did some kicks down by the Alamo. 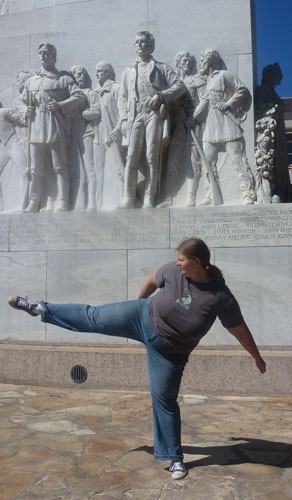 My parents came to visit for 3 weeks. It was so great to see them. Adrian totally gave them a guilt trip when it was time for them to leave. He’s really looking forward to his “Honey” (what he calls my mom) being here permanently.

Mommie, Daddy, Jamie, and I went to see Bill Cosby. He talked for two hours straight and was just so funny the whole time. Truly awesome! 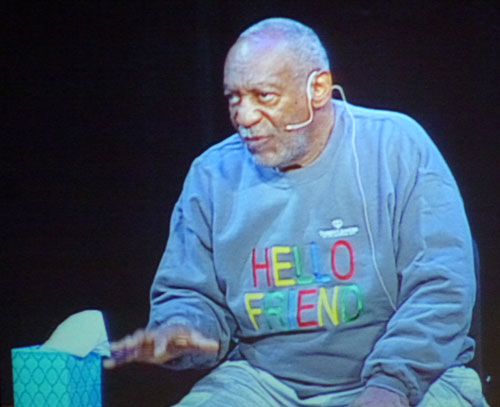 On Cameron’s birthday, I convinced him to go to the Ripley’s Believe It or Not museum. I’ve always wanted to go to one and can never convince my family to go with me. I said it was only fair since 13 years before I pushed him out of my body with no drugs and he hurt. 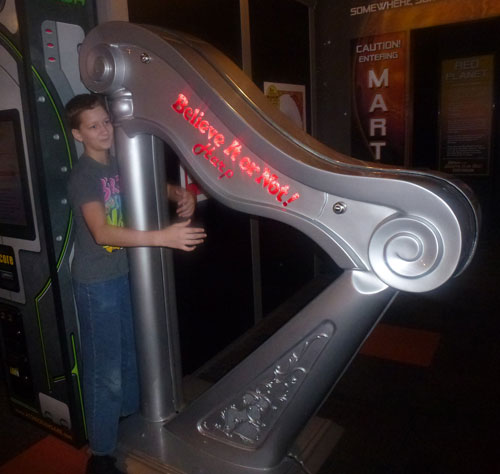 Last Saturday between Conference sessions we got some temporary pink dye and made Ani’s hair nice and colorful. 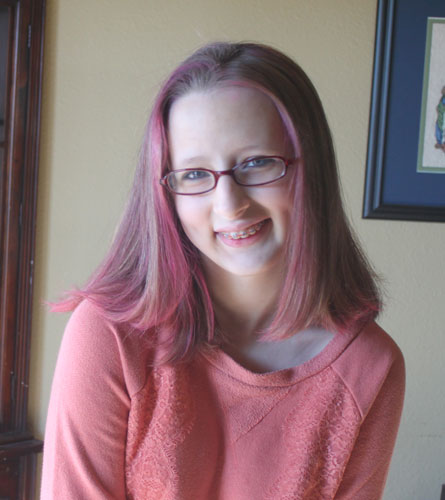 Mommie and I ended up putting streaks in our hair, too. Interestingly, the pink turned purple in Mommie’s hair!

And, of course, we’ve been doing school. We even mostly kept up with our schedule while my parents were here. 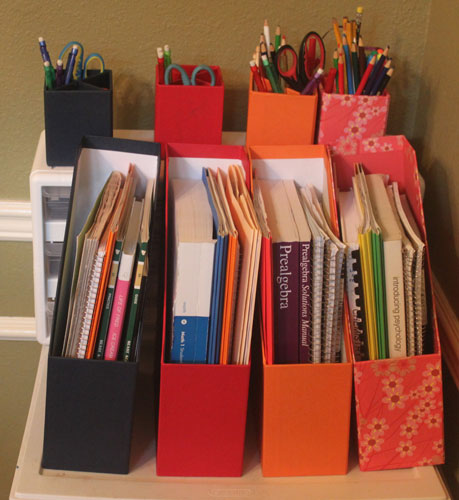 Science (REAL Science Odyssey Chemistry) has been lots of fun. We observed how things do or do not dissolve in water.

I put things (like peppermint essential oil and cinnamon) in balloons and the kids smelled them to see if molecules can escape through the balloon and be smelled. 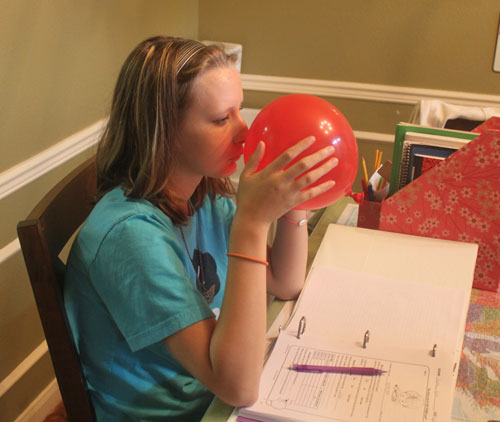 We made atom models of the first ten elements on the periodic table. The instructions said to use marshmallows, but we used playdough instead. The white are neutrons, the red are protons, and the yellow are electrons.

And, one day, a two-headed monster attended our school.