We are learning about the states of matter and how some liquids are more dense than others. I showed the boys water (dyed purple), corn syrup, and oil. They each guessed which was the most dense and which was the least dense. 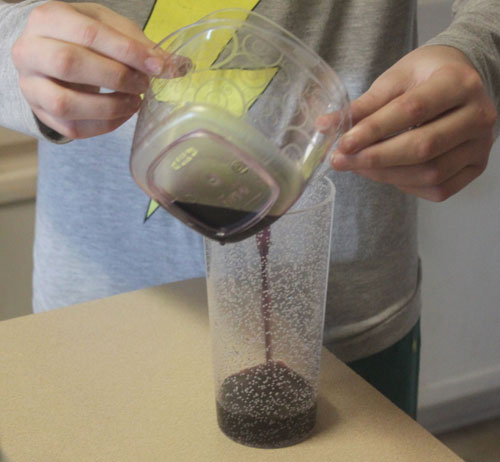 First Cameron poured in the dyed water. Theb he helped Fritz pour in the oil followed by the corn syrup. 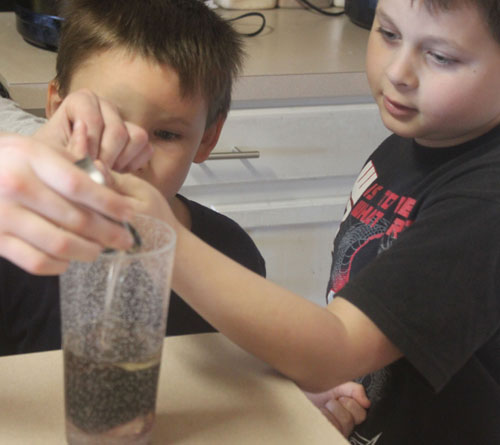 After waiting a few seconds for the liquids to separate completely, we discovered corn syrup is the most dense, oil is the least dense, and water is in the middle.

Cameron’s hypothesis was correct. The little guys had guessed wrong so they were very excited to see the result.