Saturday morning Ani and Cameron tested for their first degree black belts. They were both so nervous, but they did awesome.

First they did their forms.

Then they did board breaks. Ani broke on her third try (the reverse side gave her trouble). 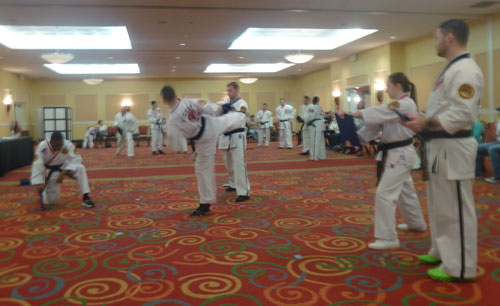 And then they were all done!

Saturday evening was the Black Belt Gala. The belts were presented there. 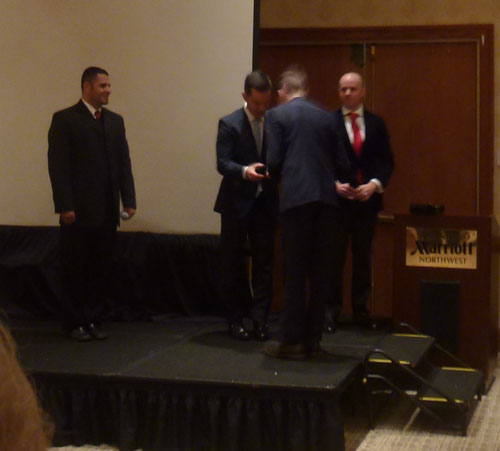 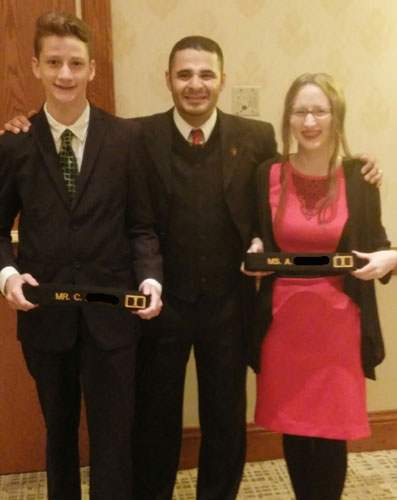