Last Wednesday Fritz turned 12. This means he get to go to Young Men and on Sunday he was ordained a Deacon so next Sunday he’ll get to pass the Sacrament.

As is our tradition, Jamie took off work and the birthday kid got to pick whatever he wanted for the three meals that day. Fritz chose hash browns for breakfast, potato cheese and chili soup for lunch, and a Chinese/seafood buffet for dinner.

He really wanted a programmable robot, but the one we found that seemed the best for him was kind of expensive so we told him he could choose that one and just get one gift or he could get a bunch of smaller gifts. He thought long and hard about it and decided to go with the one big one so he got Cue from Wonder Workshop. From his grandparents he got the sketch kit to go with his robot.

He did an hour of drop-in programmable working toward his yellow (second) belt at Code Ninjas. That’s his happy place. He got two challenge games done (basically his end of white belt test) leaving three left before he gets his next belt. 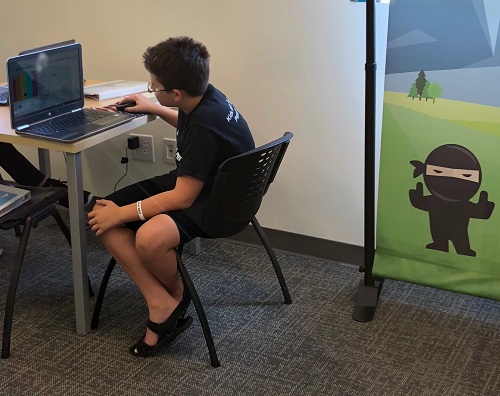 When our boys turn 12 they get new fancy church clothes to wear. We found Fritz’s outfit at Dillard’s. He really liked getting a vest and bow tie because that’s what his big brother wears to church.

The Chinese/seafood buffet had a game room attached. Fritz had fun playing Whack-a-Mole, uh, Shark after dinner. It all added up to a pretty awesome twelfth birthday. 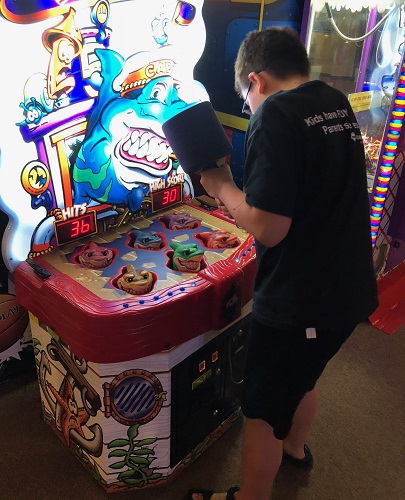